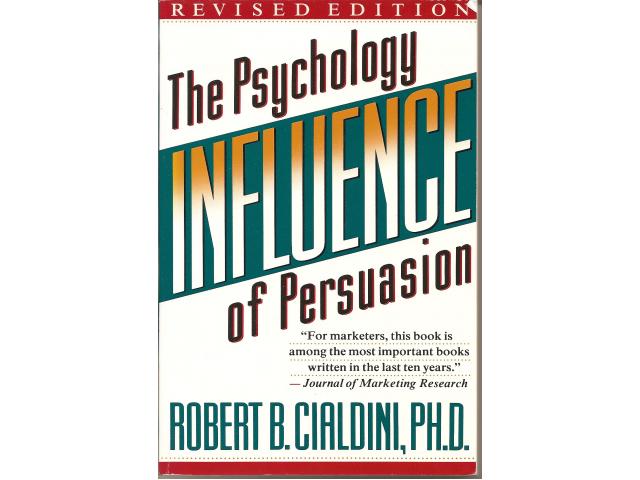 “Our typical reaction to scarcity hinders our ability to think.”

“Often we don’t realize that our attitude toward something has been influenced by the number of times we have been exposed to it in the past.”

“It is much more profitable for salespeople to present the expensive item first, not only because to fail to do so will lose the influence of the contrast principle; to fail to do so will also cause the principle to work actively against them. Presenting an inexpensive product first and following it with an expensive one will cause the expensive item to seem even more costly as a result—hardly a desirable consequence for most sales organizations.”

“First, we seem to assume that if a lot of people are doing the same thing, they must know something we don’t.”

“Audiences have been successfully manipulated by those who use social evidence, even when that evidence has been openly falsified.”

“Apparently we have such an automatically positive reaction to compliments that we can fall victim to someone who uses them in an obvious attempt to win our favor.”

“A well-known principle of human behavior says that when we ask someone to do us a favor we will be more successful if we provide a reason. People simply like to have reasons for what they do.”

“The drop from abundance to scarcity produced a decidedly more positive reaction to the cookies than did constant scarcity.”