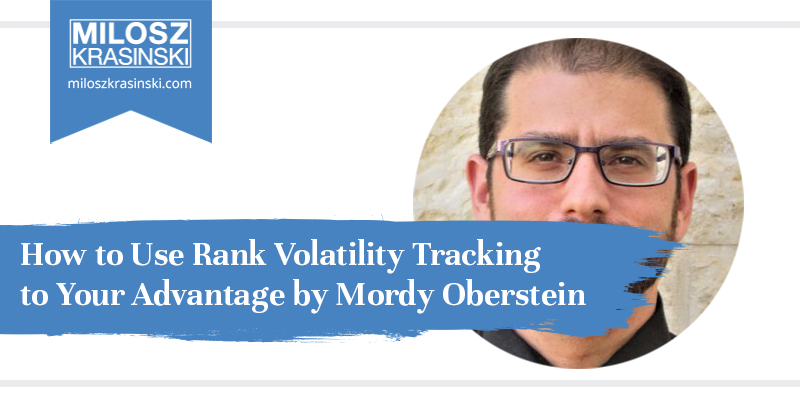 How to Use Rank Volatility Tracking to Your Advantage

We all know rank is a bit more volatile than it once was (well, maybe more than a bit). But, there is opportunity in everything, including rank volatility. The question is, how do you capitalize on a volatile ranking environment? The first thing is to track the volatility of your rankings. The second is to know how to do that properly…

Tracking Rank Volatility Is A Topical (NOT A KEYWORD) Matter

One of the aspects of the current ranking paradigm that I feel does not get its due attention is the idea of the site being an entity. Just like any other entity, be it a movie or a sports figure, a site has an identity.

That is, it has a purpose and it has characteristics that align to that purpose. An easy example of this would be a commerce site whose purpose is to sell. As a result of that purpose, the site will feature products, contain user reviews, insert call to action buttons and so forth. An informational site would do none of those things as its identity is something else entirely.

In more technical terms, you could say that a site has a main purpose, or as Google’s Quality Rater Guidelines refer to it, a site has its “main content.”

This matters because, as we’ve seen tit each core algorithm update, Google is doing a better job of knowing what content and keywords align to your core intent profile (aka your site’s main purpose) and what doesn’t. In those cases where Google thinks certain keywords fall under your core profile, you’ll see a ranking boost and when Google doesn’t… well, you’ll most likely see some of your rankings fall a bit.

So the first thing to understand when tracking volatility is that it’s not about keywords anymore, it’s about content categories. It’s about what topics and forms of content fall into your core profile (in the eyes of Google).

But how do you do this on a practical level? How can you tell which topics and content forms Google thinks falls within your core intent profile and which don’t?

Actually, it’s pretty easy… keyword tags. One of the options in nearly all of Rank Ranger’s SEO reports is the ability to sort by keyword tags. Keyword tags, of course, are a way to categorize the keywords you are tracking in any way you would like. For local campaigns, you could ascribe tags that represent locations to your keywords. A commerce site could create tags that represent different products and so on.

However you organize your keywords by whatever tags you deem fit, the result is the same – keywords organized by topic. (I use the word topic loosely because in this case a location could be a topic since for our purposes that is exactly what it is.)

This is a vital step as it allows you to not only see which keywords are less stable than other keywords, but which keyword categories are less stable than other keyword categories. The overriding benefit is that you have a clearer understanding of how Google looks at your site, of how Google profiles your site.

For example, if I were to look at some keywords for the home security service ADT, I would see that most of their keywords are entirely stable with just a small amount of them seeing rank declines:

But what if most of those declining keywords come from the keywords within one particular tag? What might that say about the site vis-a-vis Google’s perception of it?

Have a look because out of the five keywords that are seeing a ranking decline. Four of them fall within the tag representing keywords that relate to alarm systems:

Of course, we need to know to what extent. That is, how poor is the site’s profile for home security systems? For that we need to look at the volatility trends themselves:

For the keyword security alarm systems you can see that towards the end of May Google began testing demoting the site’s page. That pattern continued until mid-June where Google seems to have decided on a lower ranking trajectory for this particular page.

With a pattern established you can see that the rankings lost were not extensive. Whereas the site used to rank #1 on the SERP for the keyword it now ranks at the 5th position. Not terrible, but things need to be qualified.

Even a drop from #1 to #5 of the SERP can have highly significant implications depending on the page in question.

Getting a Nuanced Understanding

Things are never simple, especially not when it comes to Google. While Google may profile your site a certain way, it does not mean that all of the keywords within that profile are affected the same way. Take our case with ADT’s site. It would seem that Google does not consider ‘home security system’ keywords to be highly relevant to the site. As shown above, the data seems to point to Google not considering it as part of the site’s core profile as multiple pages have seen a ranking decline for ‘security system’ keywords. That said, a site’s profile is multi-layered and multifaceted… so you have to dig and dig and dig.

In this case, I want to point out that within the ‘home security system’ tag are the only two keywords that are either opportunities or are at risk of becoming a major ranking loss.

But which is it, are we looking at potential losses or wins with these ‘home security system’ keywords?

Oddly enough, and I say oddly because we just saw what looked like Google ascribing a negative profile to this site for these types of keywords, we’re looking at an opportunity here:

As you can clearly see in the above graph the rankings trend is upwards. While there was a substantial loss of rank for the keyword how do home security systems work at the end of May, the keyword bounced back in a big way. By the time we reached mid-June, the keyword was ranking at the bottom of page one. Meaning, there is a lot of potential here!

Still, this is odd considering it looks like Google doesn’t exactly think of the site as highly relevant for ‘home security system’ keywords. However, let’s look at the situation a bit closer.

The four keywords that are on the ranking decline were:

All of the above keywords obviously reflect a commerce intent.

However, the query how do home security systems work is not transactional but informational. Now here’s a wild idea… is it possible that Google sees this site as having a strong educational/informational profile?!

Obviously, it will take more than one keyword to make such a determination, but the notion is quite interesting. Seeing this data, the site would certainly do well to investigate the notion and see if its other informational keywords are seeing a surge.

I should point out, that if a deeper investigation shows that Google does ascribe a strong educational profile to the site… that may not be a good thing, at least not necessarily. Ranking well for informational keywords is a great thing, but not if it comes at the expense of what you believe your core profile is. It’s not necessarily a given that the way you see your core intent profile is the way Google sees your core intent profile. With a bit of digging, discovering any site profile disparity is not difficult at all!

Behold then… the power of tracking rank volatility!

Just A Spoonful Of Creative Thinking Makes The Medicine Go Down

It’s easy to get lost in tactics and strategy. I mean, who has time for SEO theory?
Click To Tweet

But the real story is not how easy it is to uncover how Google views and profiles your site.

Rather, what you have here is the perfect synthesis between having a theoretical understanding of Google’s behavior and a practical way to make that understanding actionable. It’s not about theory and it’s not about tactics, it’s about combining them.

Once you do, a little elbow grease and creative thinking can take you quite far. Is it complicated to group your keywords by topical categories via keyword tags? No, of course not. Is it hard to identify areas where rank volatility is impacting the performance of your site? No, not with tools that let you track rank volatility! Once you have that firm basis in SEO abstraction, taking it to the next level and using it to implement a downright unique SEO strategy is a piece of cake!

This is why we at Rank Ranger have dedicated ourselves to not only building reports but to building an abstract understanding of Google and SEO in order to develop reports that let you uncover deeply actionable insights.

Whether it be tracking your above the fold performance, doing topic-centric keyword research, or tracking keywords by their volatility our goal is to get you started with creating a plan of action that aligns to the underpinnings of Google’s ranking paradigm! So get started yourself with a 14-day free trial to Rank Ranger! 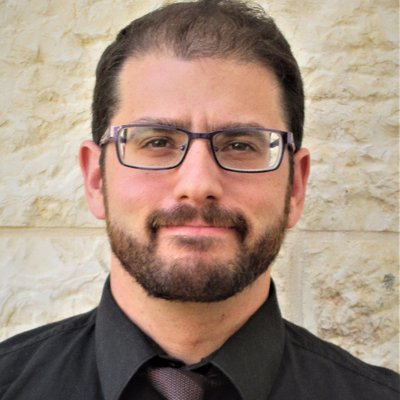 Mordy is the CMO of Rank Ranger as well as the host of The In Search SEO Podcast. 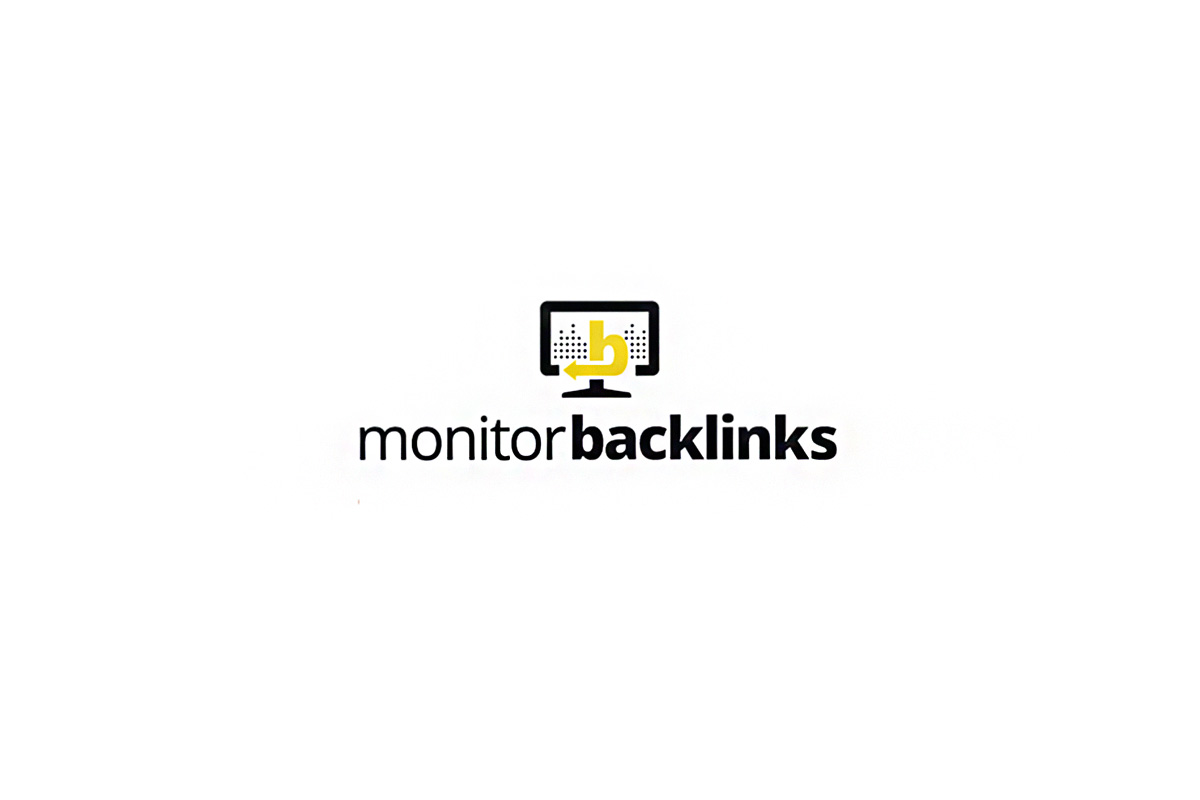 You already know how important backlinks are for your business website (and, if you don’t then, quite frankly, you have...

Believe it or not, there are still small business owners out there who are trying (and failing) to get conversions... 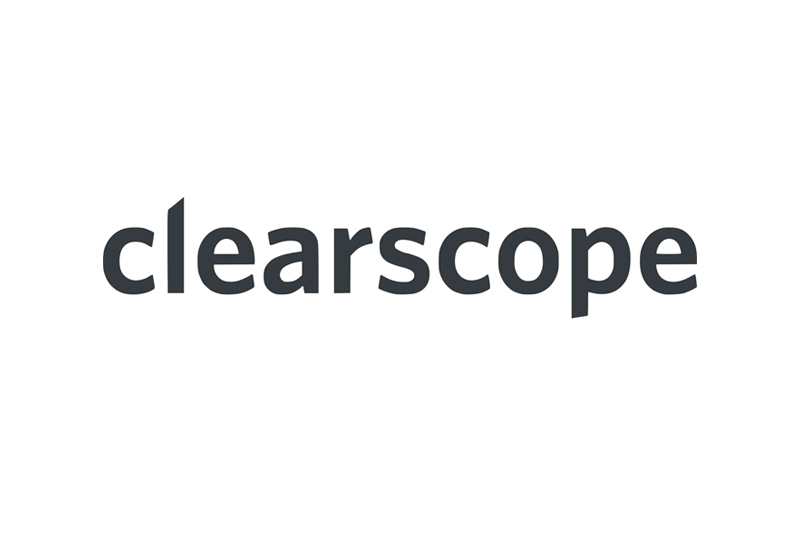 When the question of marketing comes up, the immediate answer is to focus on content marketing.  In 2021, it’s universally... 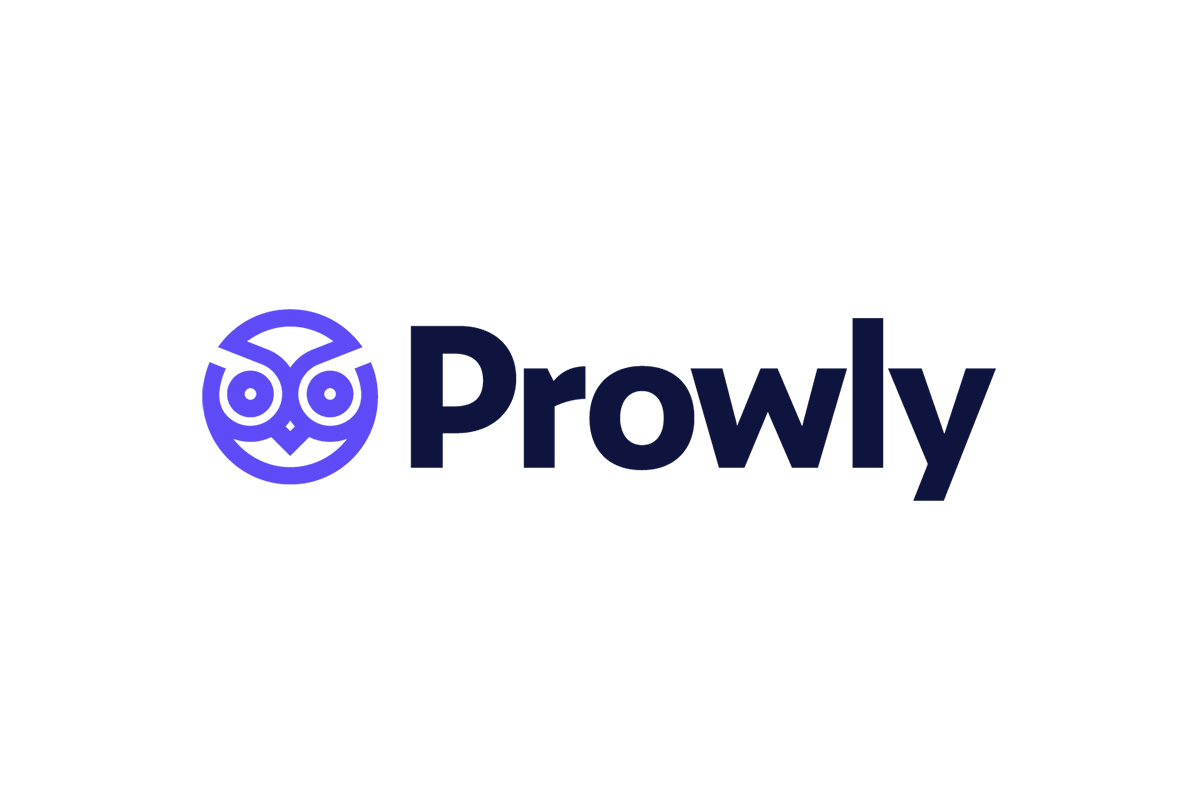 In 2021, brands have a lot going for them when it comes to different ways of connecting with customers and... 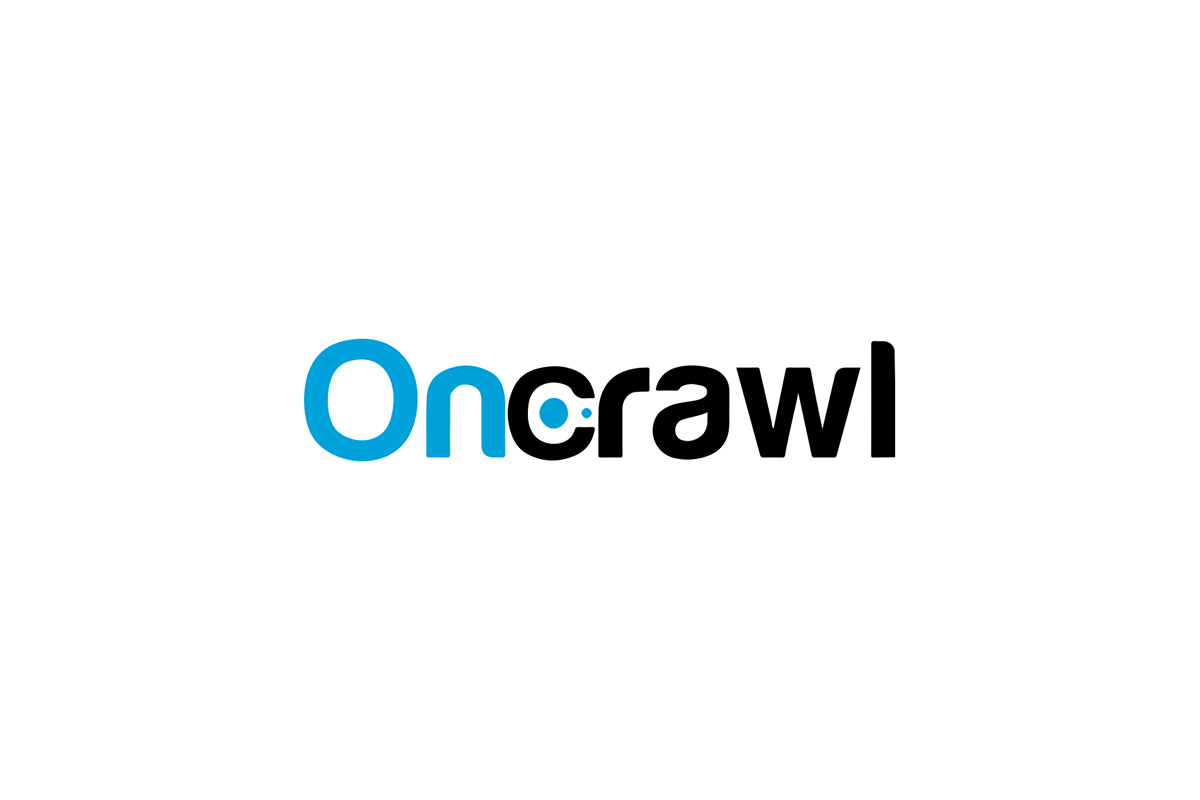 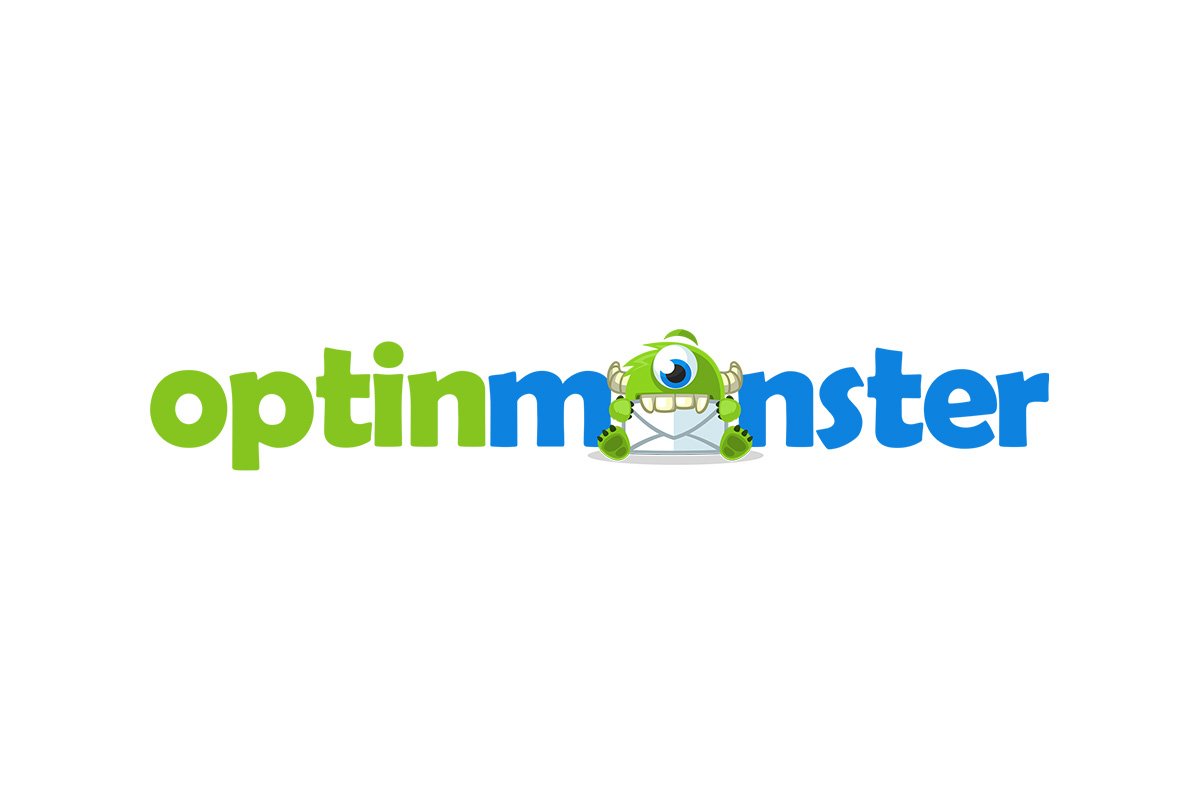 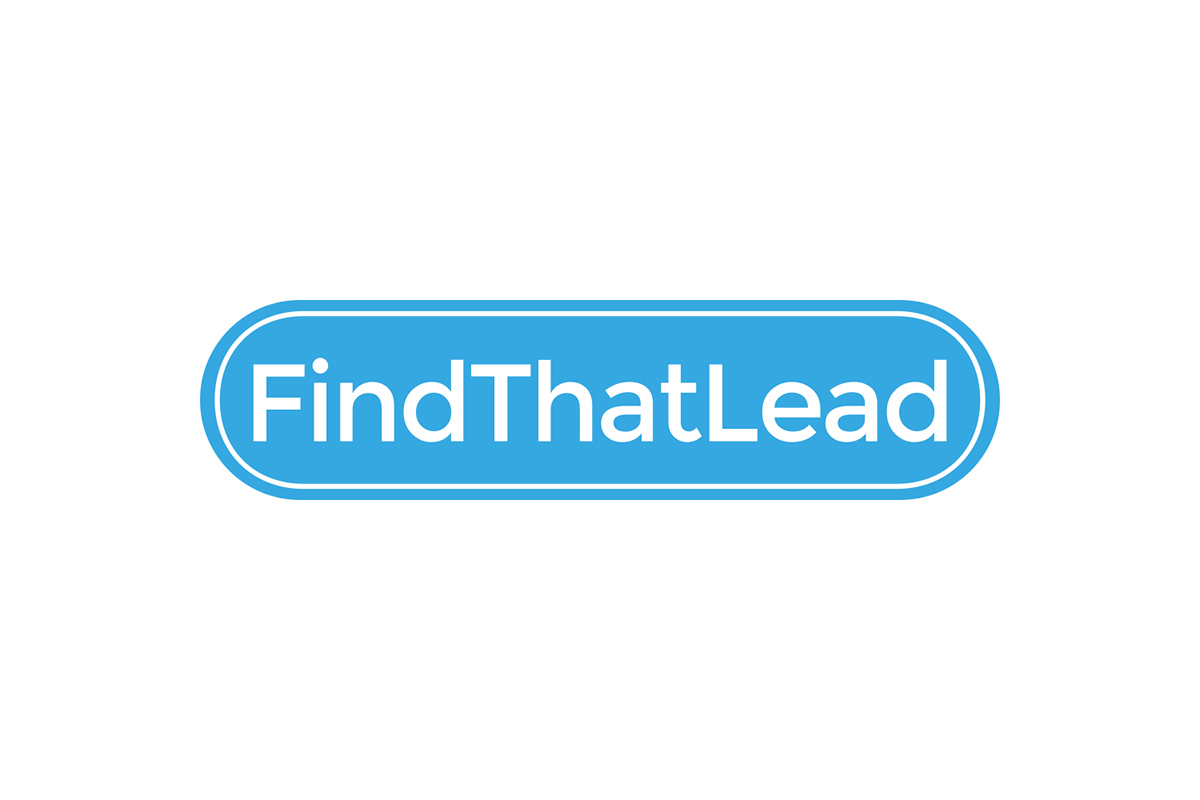 It is no surprise that FindThatLead is a SAAS (Software as a Service) that helps businesses find leads! But how effective is it, does it do what …